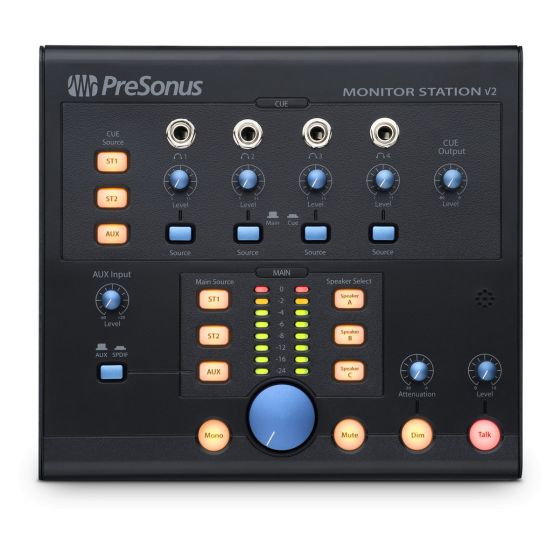 The Monitor Station V2 from PreSonus is a desktop studio control center that allows you to switch between three sets of studio monitors and three input sources. It also features a built-in headphone amplifier with four 1/4" headphone outputs, each with dedicated level control. These features make the Monitor Station V2 suitable for a variety of recording, monitoring and mixing applications.
For communicating with the talent, the Monitor Station V2 is equipped with a built-in electret-condenser talkback microphone with input-gain control and talkback button. It has a large main level control knob, dedicated buttons for input and speaker selection, and 8-segment color LED input meters for visual monitoring.