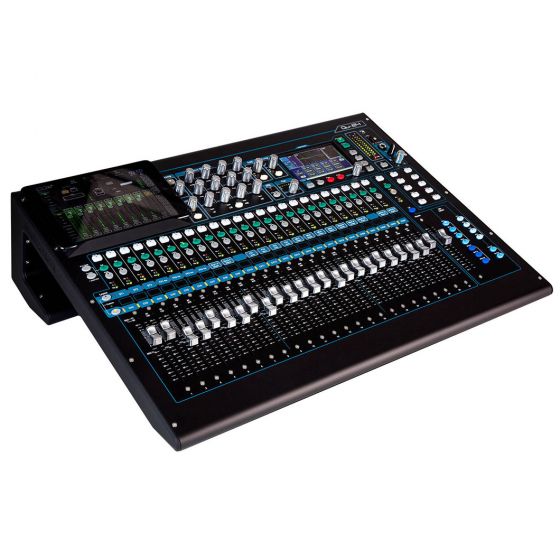 The chrome edition Qu-24C 30-In/24-Out Digital Mixer from Allen & Heath features 24 of Allen & Heath's AnalogiQ microphone preamps and is powered by its 5-core ARM processor to provide a variety of integrated effects and processing including channel-independent 4-band parametric EQs, compressors, delay, reverb, and more. The mixer is capable of recording audio to either your Mac or a USB hard drive in up to 48 kHz/24-bit resolution, allowing you to record both the individual tracks and live mix of your shows. The chrome edition adds high-contrast chrome rotary and fader knobs that improve visibility in dark conditions, as well as a number of software enhancements from the updated firmware (V1.8).

The mixer is compatible with both the ME monitoring system and dSNAKE digital connectivity system from Allen & Heath. The Qu-24 can also be used with the Qu-Pad app, allowing you to use your iPad to mix from anywhere in the venue when connected to a wireless network.